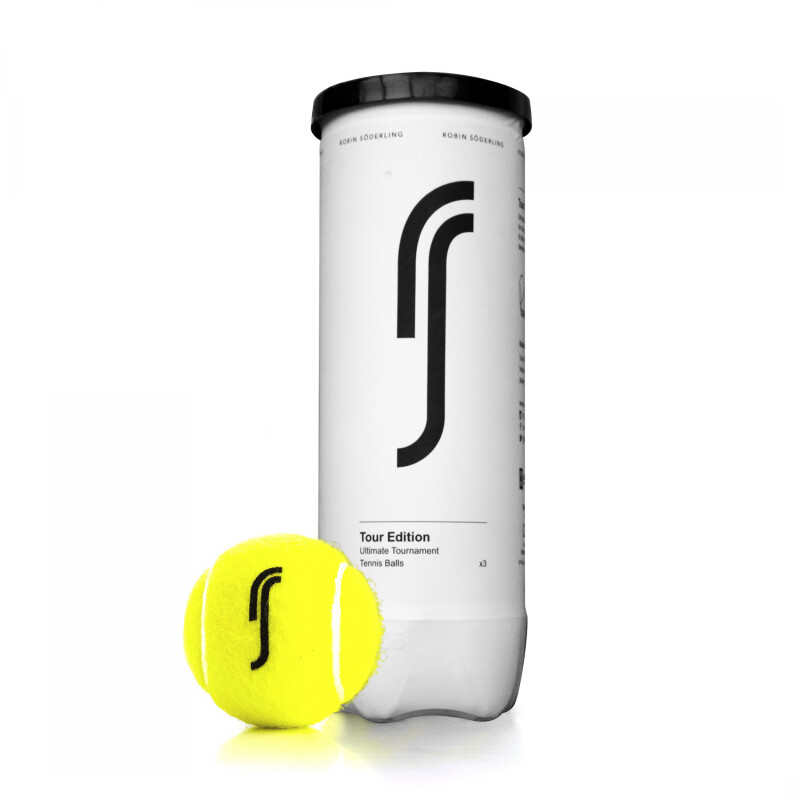 Robin Söderling has done it again. Using the worlds most exclusive felt together with world leading components inside the ball ensures that the RS Tour Edition has the same premium quality as the RS Black Edition. The RS Tour Edition plays comparatively faster than the RS Black Edition and is the ultimate tournament tennis ball for medium- to slow speed hard courts as well as for clay courts. It also seeks its fans among high performance tournament players and pros on faster surfaces.

OFFICIAL BALL OF THE STOCKHOLM OPEN ATP WORLD TOUR 250 as well as THE UMAG CROATIA OPEN ATP 250.
Specifications:
Save this product for later
Display prices in: OMR